"Revealed in the Mist"

The third and final installment in the Mark of Caine Trilogy.


In the misty month of October, Tanner Caine crosses paths with his abandoned bride, Laura Mayhew. Laura's feelings for Caine run deeper than ever and when she discovers he is in love with her, she defies fate to be with him. Tanner refuses to put her life at risk a second time but a new threat surfaces forcing him to act. Caine must beat the curse laid on him by his father or Laura will hang.

Buy it for 0.99 or Borrow it with Kindle Unlimited! 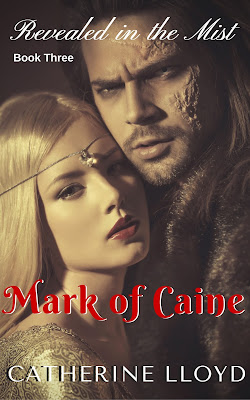 
"Bring on summer! I'm ready for a mojito. Tanner and Laura really put me through the fire. In the middle of writing their story, my left shoulder became painfully useless and typing was impossible. While I told myself it was okay--lives were not lost--it felt like two lives hung in the balance waiting for the author to get writing again. Just as I was getting back into the swing, a family emergency arose. Again, nothing critical, but Tanner and Laura had to sit it out.

At last, I was able to sit down and dedicate time to writing their story and it was GREAT. I'm thrilled the final installment of their story is released today in time for the lazy days of summer!

The experience made me realize it is too risky releasing in installments. So, the final two books in the Victorian Villains Saga will be full-length novels. Thank you for following along with the serial format since February. It was exciting as a writer to see where the story was going to twist next and I hope it was as much fun for you as it was for me." ~ Catherine Lloyd

Next in the series: The Master of Cliff House

Jackson Zephyr is the new master of Cliff House. Handsome and charming, he is a master thief who has stumbled across the haul of his career if he can only evict of the current occupant of Cliff House. Jennifer Raine is a beautiful girl with a dark secret and a mysterious past. She stands in the way of all that Jackson desires to possess--until he desires to possess her and discovers he cannot.

Posted by Writewood Creations at 05:24 No comments: