BETROTHED
Shy, stammering Clara Hamilton is shocked when her father announces her betrothal to a cousin she barely knows. Her uncle’s stepson, Branson Hamilton is handsome, avaricious and rumoured to be unstable. Nineteen-year-old Clara, anxious for her father’s approval, agrees to the union unaware of what is at stake. A sinister family secret surfaces and Clara soon discovers that master of Windemere Hall has a dark revenge in store when she enters into his power. GET IT FOR 0.99 IN FEBRUARY!


Betrothed is the first episode in Windemere Hall Trilogy and launches Catherine Lloyd’s Victorian Villains Gothic Romance Serials. Steamy gothic romance in the tradition of Phyllis A. Whitney and Victoria Holt, set in 1867 Victorian England. The novellas will be released in installments like the “penny dreadfuls” of the Age. Each episode ends in a cliff-hanger. They contain scenes, language and themes written for a mature audience.

FORBIDDEN PASSION OBSESSION
Three erotic stories set in Victorian America circa 1895, a time when social pressure puts the lid on simmering desires. Three inquisitive young women and three obsessive men are set on a collision course of taboo sexual encounters. In the Tent, a naturalist can’t stop thinking about a night of forbidden lovemaking with his young assistant. Backstage at the Bijou a young actor acts out a passionate illicit fantasy with his onstage ‘sister’. In When the Landlord Calls, a grotesque landlord is tormented by an obsessive desire for one of his beautiful female tenants. GET IT FOR 2.99 ON AMAZON! Coming soon to other retailers! 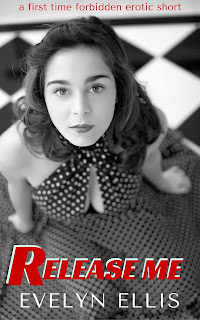 Posted by Writewood Creations at 12:13