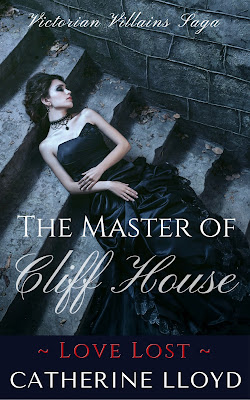 LOVE LOST ~ Own it for 0.99 or Borrow it through Kindle Unlimited!


The former master of Cliff House, Sir Richard Raine returns, forcing Jenny to choose between Jackson Zephyr and her husband. Richard claims his near death experience changed him and indeed his remorse for his past abuse seems genuine. Jenny Raine is desperate to find happiness at Cliff House and agrees to help confiscate Jackson’s treasure.

Jackson is not convinced his cousin is a changed man. He accepts the loss of his father’s gold without a fight, but he is less accepting of the loss of Jenny Raine. When Jackson is invited to Cliff House as the guest of Sir Richard and Lady Raine, he seizes the opportunity to steal back the gold when a mysterious locked room in the attic exposes a sinister secret. Before Jackson can act, tragedy strikes, separating the thief from the young bookish woman he realizes he has fallen in love with.
------------------------------------

Love Lost is the second episode in The Master of Cliff House Trilogy, launching the third season of Catherine Lloyd’s Victorian Villains Saga. Four villainous fathers drowned at sea curse their four sons with greed, murder, lust and pride. Set in 1867 England, this steamy, suspenseful saga is written in the classic gothic romance tradition of Victoria Holt and Phyllis A. Whitney. The novellas will be released in installments like the “penny dreadful” of the Age. Each episode ends in a cliff-hanger. Love Lost contains scenes, language and themes written for a mature audience.

Posted by Writewood Creations at 04:24